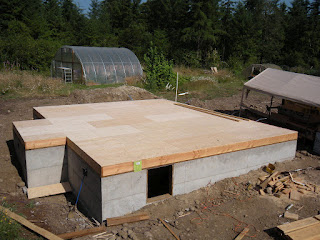 We finished framing the floor yesterday and had it inspected this morning.  The inspector was curt and reassuring, "Looks like they have done this before."  He dissappeared back into his Ford Escape as quickly as he arrived and we were relatively unfazed by his presence. 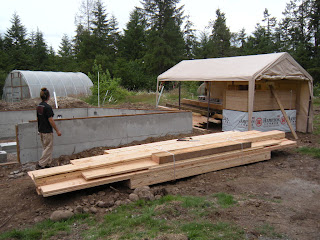 The floor process began with the delivery of our wooden materials.  A truck arrived and placed all of our lumber and plywood directly next to our building site.  We erected a tent over the materials and started attaching the mud plate. 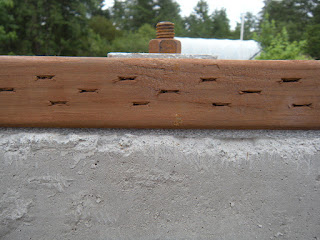 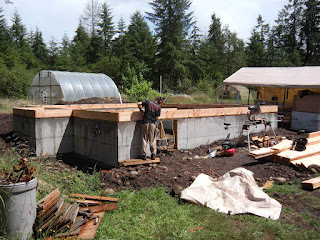 Shon is working on attaching a 2x10 rim joist in this picture. 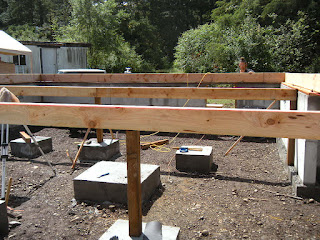 After the rim joists were set in place, squared and toe nailed we cut and placed 4x8 girders to hold the floor joists.  The girders rest on pier blocks that we poured during the foundation work.  Once the girders were set we used plywood gussets to attach the girder to the treated 4x4 post that supported it. 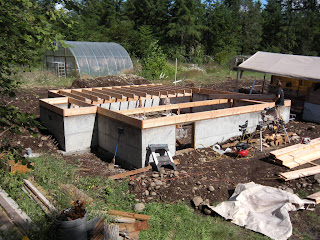 With the girders set we began running floor joists across the 30ft span. 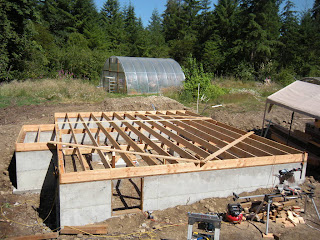 The floor joists were set in place with story boards and we toe nailed them into the girders.  Blocking was set above each girder and we were ready to start placing the tongue and groove 3/4" plywood flooring. 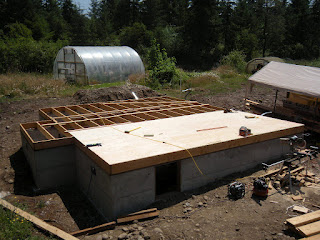 While sheeting the floor we spread glue on top of all the joists to stop the age old floor creekage.  We spaced the sheets about an 1/8" apart for seasonal shrinkage/expansion and popped them into place with a nail gun.  Next step, walls!
Posted by Pairoducks at 8:57 PM