Never a dull moment in the world of buying used, deconstructing, storing, cleaning and restoring. These concepts seem simple, but they fail to reflect the level of work that is necessary for reuse. Perspectives are a funny thing and my skewed perception is there are lots of people who need jobs and even more stuff that needs re-purposing! We're in the process of procuring ourselves a commercial kitchen. A Chinese Food Buffet in the Capital Mall complex, known far and wide for immaculate culinary delicacies, recently went out of busyness. Cliff went to an auction and bought: 3 buffet tables 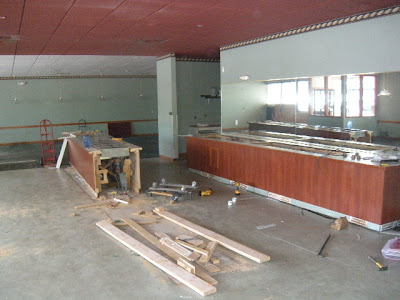 a 7 burner wok table, the pic is only half of it. 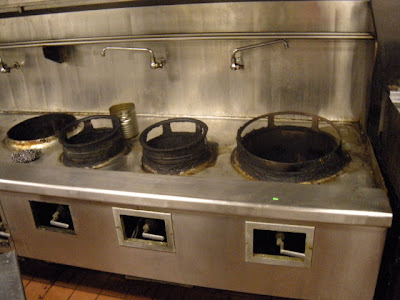 and 7 stainless steel panels covering the walls of the kitchen. They were about 4 ' x 10'. 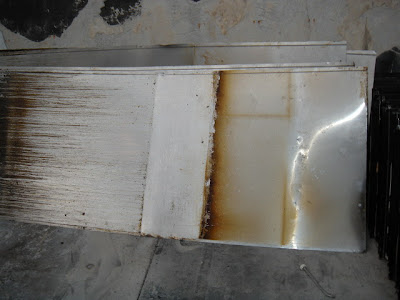 The entire kitchen was saturated with years worth of Chinese food grease. There were few moments in this activity that ceased to amaze me. Everything was glossy slick and all my tools got a thick coating of lubrication. The picture weighs more than my descriptions: 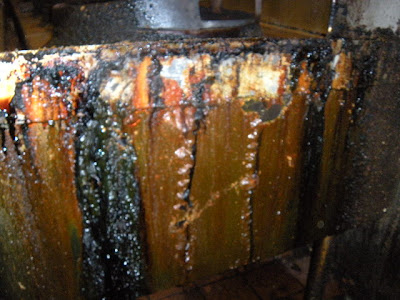 We cut the buffet tables in half and pushed them out on wheelie boards. It was quite surreal standing on top of a buffet table with a sawzall and chopping the heat lamps in half in order to fit them in the back of Cliff's van. My mother always told me I would put a Chinese food buffet place out of business due to my gluttony however I never thought her words would play such twisted logic. 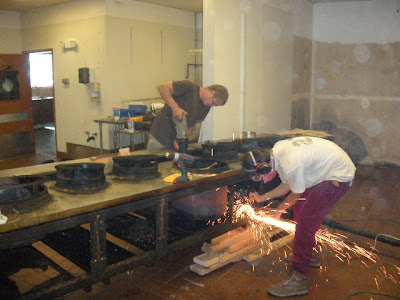 In order to get the burner table out of the door we had to cut it in half. With just an angle grinder and a sawzall we got a pretty straight line through the table. The table top was 13'x 3 1/2'. Once we got it sliced in two pieces we moved it on wheelie boards and heaved it in and out of the truck. The truck is another interesting story. We'll save that one for another day. 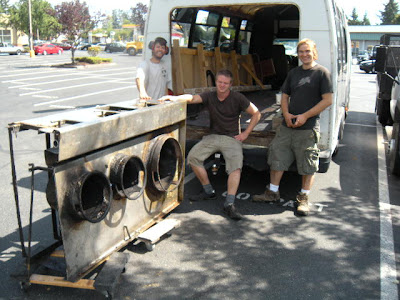 We finished off the venture with an exhausted attempt to rip the stainless steel panels down. We completed the mission and recovered to our respective showers. 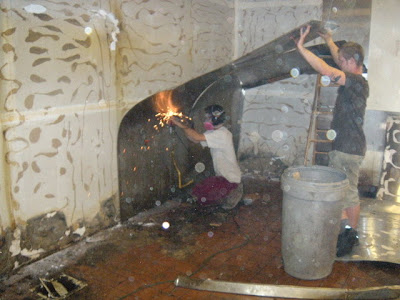 Posted by arugulakiller at 11:43 AM